What is Mixed Reality and How Can It Help Businesses? Mixed reality is an emerging technology that blends the real and virtual worlds. It’s used to create a 3D world that feels like it’s in another place or to output realistic graphics in a video game. Mixed reality is becoming more and more common in business, and there are a number of uses for it. In this blog post, we’ll look at five examples of how mixed reality can be used in business.

Virtual reality (VR) and virtual tours are examples of mixed reality. VR headsets allow you to enter a completely different world from your own. You can experience things such as flying through space, walking on other planets, and even interacting with dinosaurs. The most famous example of VR was probably “The Lawnmower Man,” a film which featured a young man who could interact with a dinosaur by riding around on its back. This kind of interaction would not have been possible without VR. In business, VR has many applications. For instance, you might use VR to give employees training, so they don’t need to travel to a physical location to learn new skills. Or you could use VR to help people get over their fear of heights. Another application of VR is to provide customers with a better customer service experience. If you were using VR to provide customer support, then you could walk the user through your product step-by-step.

Augmented reality (AR) overlays information in the real world. For example, if you were wearing a pair of glasses that contained AR software, you might see text messages appear in front of you when you looked down. Some companies are already using AR to make their products easier to understand. For instance, Apple recently released augmented reality lenses that let users read labels while shopping. These lenses overlay text onto what the wearer sees. Other businesses are also experimenting with AR. One company I know of is using AR to help children overcome their fear of spiders. They created a spider that moves across the floor and interacts with the child. As the child gets closer to the spider, the spider becomes smaller until it eventually disappears. This way, the child learns that spiders aren’t really dangerous.

Telepresence is another form of mixed reality. With telepresence, you can share your office with someone else. You can do this via a webcam, but some companies are now using holographic displays to project images into the room where the person is sitting. This allows them to feel like they’re actually in the same room as you. There are many benefits to using telepresence. For instance, you could use it to hold meetings remotely. Instead of traveling to a meeting site, you could simply meet the participants in their offices. Or you could use it to give presentations to large groups of people. Once again, these kinds of interactions wouldn’t be possible without mixed reality.

Immersive marketing is another type of mixed reality. Rather than creating a separate environment, immersive marketing uses virtual reality or augmented reality to create an entirely new experience for consumers. For instance, you may want to take your customers on a tour of your factory. You could do this by having them wear a headset that provides them with a 360-degree view of the facility. Then, you could show them how parts come together to create your final product.

Another area where VR technology is being used is in training. Companies are starting to use VR to train their employees. For instance, you can put an employee inside a virtual airplane cockpit and teach him/her how to fly. Or you could place a worker in a warehouse and teach him/her about inventory management.

The future of Mixed Reality in the field of business

Mixed reality will continue to grow in popularity. It’s already widely used in entertainment, gaming, and education. However, there are still many areas where it hasn’t yet been fully explored. Here are just a few examples:

VR headsets are already being tested in hospitals to allow doctors to practice procedures before performing them on patients. Imagine the possibilities!

You could use AR to improve manufacturing processes. For example, imagine putting workers in a plant who would perform inspections on finished goods.

You could use AR to build models of structures so that construction teams could collaborate more efficiently.

Imagine showing potential buyers a home that has all its features superimposed over a real-time video stream of the neighborhood. They could see what the house looks like from different angles.

Virtual reality headsets are already being used in classrooms to help students learn better. The application is important because if we don’t find ways to make learning fun, our kids won’t engage in it.

AR games are becoming increasingly popular. In fact, Pokemon Go was one of the first major applications of AR. But once AR becomes even more advanced, it will have far greater implications for entertainment. Think about movies that let you watch actors perform scenes while you interact with the characters. Or think about playing sports where you compete against other players.

If you’re interested in creating mixed reality for your business, please contact ViviScape. We are experts in developing VR, AR, and mixed reality applications and can help you create a campaign that engages and excites your customers. With our help, your business can join the ranks of those who are already using mixed reality to change the way they advertise. Contact our VR/AR team at ViviScape or call (574) 207-6511 to learn how you can integrate this exciting technology into your marketing plan. 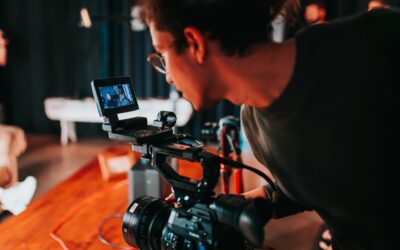